Parisian Lives in the First Half of the 20th Century 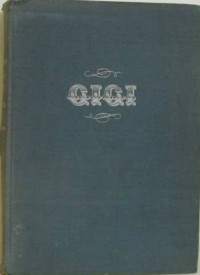 Probably the novella Gigi dating from 1944 is the best-remembered work of the French writer Colette. Partly it may owe its worldwide fame to the musical film that was made of it in the late 1950s and that featured great stars like Leslie Caron in the title role, Louis Jourdan as Gaston and the unforgettable Maurice Chevalier as Gaston’s uncle Honoré Lachaille. Maurice Chevalier’s them song “Thank Heaven For Little Girls” seems to have become quite legendary at the time. However, the film retold the story of Gilberte “Gigi” Alvarez with some deviations from Colette’s novella, the most important of them being the character of Honoré Lachaille who doesn’t exist in the original prose text. Colette told the story of the adolescent Gilberte “Gigi” Alvarez in Belle-Époque Paris (around 1900) with her usual precision and in a beautiful language. It is understood very soon that the Alvarez women don’t marry, but make their livelihood as mistresses and courtesans. When Gigi turns sixteen, her family thinks that it’s time to introduce her into the wisdom and artifice of their trade. Distinguished aunt Alicia takes over the education of Gigi who is quick to learn… and in the end the little girl hooks Gaston, an old friend of the family whose feelings for her used to be those of a much older brother until then. But she refuses to be just his lover, however much Gaston would shower her with expensive presents. To her family’s dismay she wants more of life.

Since Gigi is a rather short novella or a long short story it is usually printed together with other stories. In English it is often combined with The Cat (»»» read my review on Edith’s Miscellany). The French edition that I read contained The Sick Child (L’enfant malade), the gripping story of a boy who caught polio and hovers between life and death, The Photographer's Wife (La dame du photographe) revolving around the wife of a photographer who is tired of her “rather small life” and makes a vain attempt to kill herself, and finally Flowers and Fruit (Flore et pomone), a sequel of memories and essayistic musings of the already elderly Colette connected to flowers and fruit as the title says and which was rather tough to read in the original version because of the many many accurate designations of flora, many of them unfamiliar to me even in German.

All four short stories of Gigi et autres nouvelles by Colette were interesting and gave me much pleasure. My verdict: recommended for reading!