A Novel – Almost – Like A Fairy Tale: Helen by Maria Edgeworth As an English-Irish woman writer Maria Edgeworth (1767-1849) was among the first to earn general recognition in the world of literature. Her novels were bestsellers at the time, but her star began to fade as soon as Jane Austen and her later contemporaries rose to fame (»»» read my notes about Women Writers on my book blog Edith's Miscellany). Maria Edgeworth hasn’t been completely forgotten since although that’s how it feels scanning the classics shelves in a bookshop today. Unlike the novels of Jane Austen or George Eliot hers never saw a true revival. Published in 1834 Helen is the last and most modern novel that Maria Edgeworth wrote. At first sight, it seems just a typical romantic comedy of the time revolving around love and marriage in British high society. Having a closer look, though, it reveals an unusual psychological depth that makes it kind of an early precursor of psychological realism.

The heroine of the story is – of course – Helen, an orphaned woman of eighteen years who has had a sheltered and carefree life until her guardian’s death. The author shows her as blessed with all virtues that a young woman of her rank should have, but boundless honesty, generosity and trust make her blind for the true nature of people around her, notably of her friends. In other words, she is inexperienced and naïve. When her recently married childhood friend Cecilia invites her to live with her at her husband’s estate Clarendon Park, she is happy and grateful. She doesn’t know that Cecilia has in mind to marry her to her husband’s ward Granville Beauclerc. Unlike other novelists of the time, Maria Edgeworth doesn’t make them fall in love at first sight, though, but it’s Cecilia who interferes putting at ease or encouraging the shy as well as reluctant lovers with a well-meant little lie every once and again. The scheme seems to work out fine because at last Helen and Granville fall in love. The trouble is that one of Cecilia’s lies prevents them from confessing their love to each other! This problem solved and a date for the official betrothal fixed, a secret of Cecilia emerges from the past and threatens her happiness with General Clarendon. In her despair Cecilia asks Helen, who knows everything about it, to help her save her marriage. Despite her Helen gets entangled in Cecilia’s secrets and lies, moreover she is compelled to support them. As a result, instead of Cecilia it’s Helen who is publicly compromised. Although Granville – like General Clarendon – suspects the truth, he has no choice but to break off their engagement leaving Helen unhappy, shunned by society and wrestling with her conscience to the point of falling seriously ill. The author skilfully shows the emotional turmoil of Helen learning her lesson about human nature, while Cecilia clings to her harmful habit until she too has to accept at last that she needs to tell the truth to her husband. And all’s well, that ends well.

Language and style of nineteenth-century novels can sometimes be tediously verbose and flowery, but this is not how I felt about Helen. Plot and character studies are so rich and captivating that they almost made me forget the wording. Of course, I’m no native speaker of English and therefore I may not always be aware of the fact that a certain expression is no longer in use… Overall, it has been a very enjoyable read and less sentimental than I feared.

This review is a contribution

to the Back to the Classics Challenge 2015, 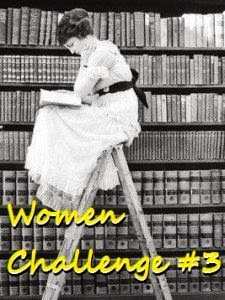